MONTREAL (Reuters) - A global shortage of pilots and mechanics is preventing some Canadian aviation service companies from meeting the needs of airlines and other customers scrambling to secure replacements for grounded Boeing (BA.N) 737 MAX jets.

North American airlines have canceled thousands of flights since the March grounding of the 737 MAX following two fatal crashes involving the model. In an already busy industry, this has stoked demand for replacement aircraft, and several Canadian companies are eager to oblige. 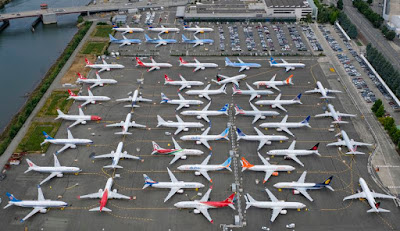 But the industry-wide labor shortage has complicated matters, companies said.

“I have the planes but I don’t have enough pilots to do all the flights,” said Marco Prud’Homme, vice-president of Montreal-area Nolinor Aviation.

The charter company has had to refuse some of the surging number of client requests in the wake of the MAX grounding because of the pilot shortage.

Globally, many large lessors and aftermarket service providers who do plane maintenance have generally seen muted impact from the grounding because they are already fully booked, analysts and executives say.

The aviation industry has long been wrestling with a shortage of pilots and mechanics. A 2017 report by training company CAE (CAE.TO) forecasts the need for an extra 255,000 pilots by 2027 to sustain passenger traffic which is expected to double in the next 20 years.

Stephen Lim, president of ST Engineering Aerospace America, said by email that any longer-term upward pressure on MRO (maintenance, repair and overhaul) pricing could “come from increasing labor costs, primarily due to an industry-wide shortage of experienced mechanics.”

In Canada, labor concerns have emerged in the province of Quebec, home to most of Canada’s aviation industry.

When the provincial government announced plans to scale back accepted immigrants by 20% this year, as part of a broader system overhaul, employers’ groups warned it could make it harder to fill vacancies in multiple sectors.


According to an August report from the Canadian Federation of Independent Business, Quebec had a job vacancy rate of 3.2%, one of the highest in the country alongside British Columbia. Canada’s overall unemployment rate edged up to 5.7% in July after slipping to 5.4% in May — its lowest recorded rate since comparable data became available in 1976.

Earl Diamond, chief executive of Aviator, which specializes in aircraft maintenance and cabin integration, said meeting rising demand from clients hinges on staffing and space, which are at a premium in the company’s bustling Montreal-area facility.

A recent spate of airline bankruptcies from India to Iceland, combined with the MAX grounding, have thrust privately held Aviator into the center of the scramble for replacement planes.

The company is removing the purple seat covers and carpets from an A320 formerly operated by now defunct WOW Air of Iceland, and re-configuring the cabin for Air Canada’s (AC.TO) leisure carrier Rouge.

“For them it’s getting the planes into their fleets as soon as possible,” Diamond told Reuters during a recent visit to the company’s facility.

To meet higher-than-usual demand from lessors and airlines, Aviator had to call back some of its workers from vacation this summer, Diamond said.

Aviator is trying to add another 70 workers, and had already taken on temporary labor from Mexico to supplement its existing staff of 400 employees.

In Quebec, aviation companies are taking steps to find workers, with Nolinor holding a Sept. 7 career day to attract mechanics. The company has also offered to fund the C$100,000 retraining cost for each of two employees chosen to become pilots, Prud’Homme said.

“It’s one of the biggest problems we have in the industry.”

Disclaimer: Following article sources are from Reuters
Posted by Khaquan Sayyed at 1:51 AM No comments:

Jobs In The Future For Your Childrens

London (CNN Business) - Today's classroom is a far cry from the traditional image of locker desks, chalkboards and pencils. With education expected to prepare children for a fast-changing digital workplace, technology-led learning is becoming the norm and kids may be coding before they can read and write.

As a result, global spending on educational technology is booming. It's expected to double to $341 billion between 2018 and 2025, according to data and research firm HolonIq.
"We're asking young people what they want to be when they grow up, when maybe more than half of the job's tasks and industries they may work in have not been invented yet," says Heather McGowan, a future work strategist who helps to prepare people and organizations for the Fourth Industrial Revolution, which will see the world reshaped by artificial intelligence, robotics and other technological breakthroughs.

A report by the World Economic Forum notes that 65% of the children entering primary school in 2017 will have jobs that do not yet exist and for which their education will fail to prepare them.
Education must adapt accordingly. McGowan thinks this means less focus on transferring knowledge, and more on the ability to learn for yourself.

"The foundational knowledge of the future is your own ability to learn and adapt, because if you don't your career will come to a screeching halt after a couple of years," she says. 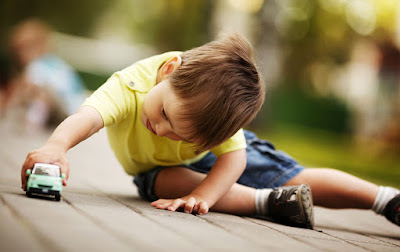 Tools for the future

This new era of education also demands a fresh set of tools. Take Cubetto, a small wooden robot that moves on a board when a child inserts blocks with commands such as left, right or forward into a connected base.

The Cubetto kit, costing $225, is being used by schools and parents to teach children as young as three to code.

"It's a skill that you can apply to anything: you basically learn to think in a very logical and rational manner," says Filippo Yacob, founder and CEO of Primo, the toy maker that developed Cubetto.
"For us, it's about making children future proof," he adds.

However, the effectiveness of such tools depends on maintaining the attention span of a young child.
"It needs to be something fun and adventurous, not just homework," says Alex Klein, CEO and founder of Kano, an educational technology company.

Kano's signature product — the Kano computer kit — is a build-your-own computer or tablet. Students follow a step-by-step guide to connect the parts, and once it's up and running they can play on several apps, from learning to code to creating music and games.

In the United Kingdom, educators are welcoming the use of technology. According to a survey by Promethean, 54% of teachers are using educational technology this year, and 94% acknowledge that it can improve engagement among students. 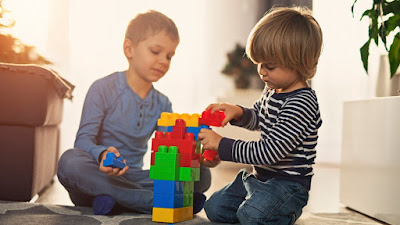 Not just for teaching

Technology is not only helping to teach kids, it's also creating a better learning environment.
Danish companies Velux and Leapcraft have been working together to introduce sensors into the classroom. They developed the Ambinode — a small white box that monitors noise, temperature, air particles and CO2 levels.

Data is then fed to a smartphone app, so that a teacher or facility manager can monitor the environment and make sure it is as comfortable and productive an environment as possible.
One report by the University of Salford found that physical factors such as natural light, temperature and air quality can increase the learning progress of primary school pupils by as much as 16% in a year.

"The danger is, if you don't get these things right, that children are really being hampered in their learning and it's undermining their efforts to progress academically," says professor Peter Barrett who led the study.


Disclaimer: - Follwing article source are CNN Business
Posted by Khaquan Sayyed at 2:41 AM No comments: