Career Opportunities in Travel and Tourism

TRAVEL AND TOURISM
The tourism industry is one of the world's largest industries - second only to oil in terms of monetary turnover. It was the fastest growing industry.
A travel and ticketing course from an institute of good repute is of tremendous help
Personal characteristics - One must have the right aptitude for being a part of the tourism industry. One should have a flair for communicating one's thoughts clearly. If you love challenges enjoy interacting with people and have a dynamic approach, and then you will be one of those lucky few who can proudly proclaim that you get paid for a job you love doing best. It is an exciting and glamorous profession which will allow you to spread your wings and boost your morale and personality.
Employment avenues - Opportunities exist for becoming Information Assistants at these office counters, who are employed to answer the queries of tourists and help them plan their itineraries in India, or who can be posted for "welcome service" at the international and domestic airports, greeting tourists on arrival and helping them solve any problem they may have on where to stay, how to get into town and so on. The Government of India Tourist Information Offices are scattered throughout the country at the more popular tourist centers, and also overseas in the most promising tourist markets of the world.
Personal characteristics - The job is interesting and requires a quick and lively mind, a freshness of response even to hackneyed questions, and offers opportunity to acquire and garner information at first hand, especially of the lesser known places which deserve more prominence on the tourist map of the country.
At senior Government positions, there is enough scope for creative contribution to the advertising and publicity aspects of tourism promotion, and of scientific planning of the rapidly growing industry.
Transport Services
Air transport- Total concept of travel has been revolutionized by air travel after the Second World War. It has greatly helped development of tourism as it exists today.
Working in an airline - on ground as in flight - is a more tempting option for many. Government has granted new land rights and even additional flights to foreign airlines such as Aeroflot, British Airways and Royal Jordanian. Expansion of airline network results in more jobs both at the ground and crew level. Some recruitment for both categories is done locally. 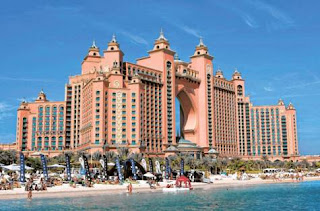 Cathay Pacific regularly recruits staff in India.
About 15-18 vacancies of flight attendants are filled each year and those selected are given an attractive package deal. In Hong Kong the flight attendants receive rental assistance payment in addition to their five figure rupees basic salary, considerable travel concessions, a comprehensive medical assistance scheme and a non-contributory long:  retirement gratuity.
Those looking for a job in a foreign airline can expect gains from time to time. The Indian aviation scenario, however, is grossly overstaffed and underpaid compared to their foreign counterparts.
While there is an aura of glamour about airline jobs, it is a rather strenuous job. A Flight Attendant or an
Air Hostess has to get used to pressurized cabins and remain poised even at an unearthly hour like two attending to all kinds of passengers. There are emergencies - crash landing, hijacking, etc., which situations are requiring grit. An Air Hostess or Flight Attendant is trained to remain composed and appear clam even in a crisis.
also are recruiting Indians for counter jobs and some like Pan Am, British Airways, Air France, etc., have Indian flight attendants and hostesses.
A degree or diploma in tourism is needed for a gro.und job. Taking advantage of this, a number of spurious institutes have sprung up in the country, offering what they call an airlines diploma. Most of these institutes are not recognized and anyhow need careful verification.
Road transport- Road transport too provides employment.
There is considerable scope for self employment particularly for the educated where knowledge of a foreign language is an additional asset. Coaches and tourist cars with educated drivers are in increasing demand. Facilities for bank loans for acquiring these vehicles are available.
Commercial Services
Travel agencies :- Planning a vacation or a 'business trips can be difficult and time consuming. Travelers, therefore, seek the assistance of travel agents. Travel agents have the information and know-how so as to make the best possible travel arrangements, with their clients' preferences, budgets and other requirements in mind.
Consider, for example, the contrast between arrangements for an executive with a tight schedule and for a family of four on a restricted budget both planning a visit to Hong Kong. For the executive, an agent would arrange a first class flight, a Hotel suite that could be used for business meetings and a limousine ready upon arrival for business calls.
While for the family, the travel agent would recommend economical, off season, all inclusive package and special air fares. The agent would suggest a wide range of hotel facilities and arrange the most economical but pleasurable trip. The agent generally also arrange for car rental or escorted bus tours, suggest local tourist attractions and restaurants and acquaint the family with the city's climate.
For international travel the agent also provide information on customs regulations, required papers (passports, visas, and certificates of vaccination) and the most recent currency exchange rates.
When making travel arrangements, travel agents consult a variety of sources or information on departure and arrival times, fares and hotel ratings and accommodations. Most travel agents rely on computers for up to date information on fares and schedules. Travel agents may devote some of their time visiting hotels, resorts and restaurants to rate   presentations to social and special interest groups, arrange advertising displays, and meet with business managers to suggest company sponsored trips.
Travel agents spend most of their time behind a desk conferring with clients, completing paperwork, contacting airlines and hotels for travel arrangements and promoting group tours.
Employment avenues - Though travel agents are working in all part of the country, they are concentrated in major population centers since the best business opportunities exist in these places. At
Self employment is common feature in this sector.
Commercial Services - Personnel
Career prospects in travel are evident at the airport itself, the first point of contact for a tourist. Besides those already explained, opportunities exist in the following: Immigration Department - Immigration is the first counter where the visitor has to be serviced. T e
Government and industry agree that we should have a separate immigration cadre. A beginning has been made for training the first batch. Curriculum in some universities new provides for teaching of immigration procedures.
Customs Department - The services have been in existence for a long time as a separate cadre and as the volume of traffic increases, the number of counters will have to be considerably increased. Refer to Chapter on Civil Services for information about training.
Guides - Young graduates who have a flair for history and languages could work as licensed guides.
Is t guides are in growing demand. Tourist guides are paid handsomely and their work is interesting. They   language is greatly helpful. The Indian Institutes of
Travel and Tourism Management (lITM) offers a ful fledged empanelled as a guide. This is a short duration course.
Training in cultural tourism is most popular. This Trade is now diversifying. It could absorb more people.
For instance, a party seeking adventure tourism would be interested to enlist the participation of like minded youth in the host country. 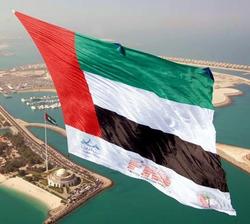 Passenger capacity of the world’s three fastest growing airlines — Emirates, Qatar Airways, and Etihad — is on pace to quadruple to 200 million passengers by 2020, warranting GCC governments to spend a total of $104 billion for airport expansion over the next few years, a latest aviation industry forecast said.
The “explosive growth” in passenger traffic triggered by these airlines has necessitated the large-scale expansion of existing facilities, the report noted. “By 2015, Dubai, Doha, and Abu Dhabi international airports will have a combined annual capacity of 190 million passengers.
Jamal Al Hai, Executive Senior Vice President for Communications and International Affairs at Dubai Airports, said the Airport Show is taking place at a time when AED500 billion is expected to be invested to increase capacity of the UAE airports to 250 million passengers by 2020, including $8 billion for the Dubai International development.
In 2010, Dubai alone handled more cargo than all the other GCC airports combined.
In its recent forecast, Boeing predicted that Middle Eastern airlines would require 2,340 aircraft by 2029 with a total value of $390 billion as the regional industry expands; Airbus also forecast that by 2028, the Middle East fleet would triple in size. 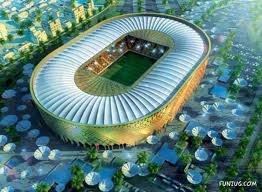 Qatar targets 24m annual passengers in new airport
Doha: Qatar will have a world class aviation hub catering to 24 million passengers per year when a new airport opens in 2010, officials said.
New Doha International Airport's steering committee, said the airport is set to become a regional transfer hub competing with other major international airports of the Middle East and Asia regions.
The current airport handles 4.2 million passengers a year, whereas the new airport will be able to handle 12.5 million a year after the first phase of construction. After its ultimate development in 2015, the airport will handle 50 million passengers, two million tons of cargo and 320,000 aircraft landings and take-offs each year. Phase one will open in 2012, giving the airport a passenger capacity of 24 million people a year and allowing the transportation of 750,000t of cargo. The airport will have a five-star luxury hotel and a three-star transit hotel.
The complex will also include a centrally located 48,000 square metre cargo terminal (750,000t/y) with 15m clearance, which will be among the 20 largest cargo terminals in the world. There will also be hard standing areas for the passenger terminal, an 80m ATC, hangar space for two A380-800s and three A340s, plus a 70,000 square metre maintenance centre with mezzanine levels for access to aircraft top decks.
To accommodate the extra gates, the terminal building will extend to 416,000 square metres and would be capable of handling more than 50 million passengers a year, 320,000 aircraft movements and two million tons of cargo.
Dubai Airport Project